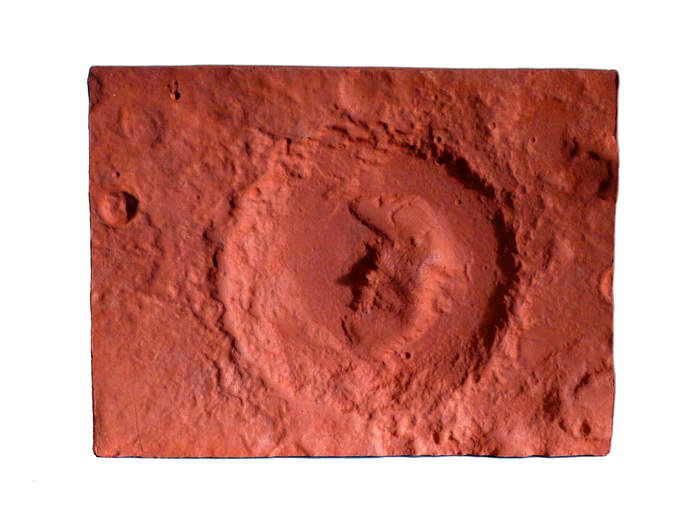 ​This tile is made from a topographic model of the Gale Crater from data collected by the High-Resolution Stereo Camera camera onboard the ESA's Mars Express Mission. The Gale crater is the site of the Curiosity Rovers exploration of the Mars terrain, and part of the team that analyzes the samples discovered that the first definitive organic molecules on Mars is nearby at the Goddard Space Center in Greenbelt Maryland. The Gale crater is like a large vase. It was a lake, and like pottery, it acted like a record of possible life on Mars. The Gale crater also has a relationship to telling time and history that I see as parallel with pottery. A lot of skill and careful work, power, dexterity, experience… went into the ESA's mission, and the work at Goddard-- so I think it’s fair to say this is an emblem of craft and technology. Pottery is emblematic of technology too, it’s just that we don't see it that way in 2017 North America—though at one point (and in some places), pots were (and in some instances, still are) ‘high-tech’. In this way, I am thinking of the Gale crater as a more current vase in terms of technology.